گرافیتی چیست ؟ کتاب
Experiments in VR
Writing October 30, 2018
Share
Barbarism is a term referring to a historic epoch, when sword and brutality were the key elements of power and lead humanity to the patriarchal households, cities ,citizens, civilization and Governments.* The civilization growing out of Barbarism thrived in the shadow of exploitation and colonialism, realizing its dominance over space/land and time/labour through industrial revolution : the exploitation of commonwealth i.e. coal and iron, all with one Moto: Common wealth to be consumed in the interest of the common. Based on Privilege, it is a hierarchical system of brutality ( or Violence if you name it so) exercised  by “some” humans entitled to heavenly powers in early days and later by the separation of  two distinguished levers of power i.e. religion and politics. Such brutality is easily to be traced in society: supremacy of men over women , women over Children, employers over employees, managers over Laborers . Such a  simple practice of power ,  developed into a more complex concept through modernity, as the Media and Education contributed a great deal to form a hegemony. A civilized Woman/Man, based on its western definition is an individual unit of a society. If Households are molecules ,Individuals are atoms , expected nothing but to spin in their pre-imposed axis, otherwise a nuclear explosion will take place; indeed all like the cogs and gears of a Clock: tik tak…
Puritan Work ethic, Civil rights, Activism , even Individual or social interests are all alienated terms of notion for the women/men who are Alienated  by nature( City life ). such notions and Laws, which are not based on human reasoning and sensory powers,  get naturalized through social norms, educational structures and mediated goods( Media). These Laws are the laws of active brutality in operation and not in verbal form.
The citizen adopts a delicate ,intimate, gentle language of the spectacle, well tamed and integrated. She/He soon learns the verbal Politics, the language of the Policy and the terminology of the Police.Thus the act of violence is not behavioral or traceable in verbal language (which would be useless) but is operative and spontaneous while keeping a smile on the pale lips of the spectacle. Under the white smooth skin of the society , lays a thick stagnant layer of Callous, dirt and rust.
Community becomes Society only through this process of Oral/Lingual conformity and homogeneity: a smile. A smile with a knife in pocket- while under the white skin, is an ever-going stream of brutal operations and actions having no interest but accumulation of power. To conform and make every “other” one a conformist.To keep  integrated and make any Other ,integrate. For it is vital to avoid any possible explosion and to regenerate exploitation. The eternal and holy characteristic of the spectacle is “a friendly smile” and “official politeness”. What is going on in the world, is no more of an interest to the Artist/Citizen, while there is a power who takes care of all dangers of nonconformity. Such an artist/citizen is so satisfied in regards with her/his needs, granted to him/her by the ruling power, that she/he founds enough time for leisure and to create what she/he wants. Living in the shadow of the Power is  a safe life ( in accord with Safe sex). Conforming with the hegemonic power, the artist is safe to do whatever she/he wants. She/He is amenable to her/his Interests; In fact living under the protection of the power is precisely what she/he  is used to in the passage of centuries, and has learned to survive under such circumstances. From her/his point of view, the one who is not used to such a relation, is the “Other”:The Ham of Noah, the slave, the other, the  free thinker, outlaw, minority, feminine, illiterate, artist, magician, heretic, insane, disabled or Auslander. Such a view point has shown one of its faces in 1930s,1940s here in Germany.  In fact is not specific to this country and those times, but to the whole foundation of the civilization. The conformity is a holy gift for the polite citizen, blinded to the extent  that she/he can not even notice the brutality which is the founding element of her/his security : oppression.

Mr. Dr. U. Sch. , just as a recently found example with a power-centric  manner has no swords but privilege. He is not a barbar but a high educated ,respectable and quasi-privileged citizen. With the same attitudes like his fellowmen from Iran, he seems apathetic to the long-lasting problems about the internet connection in the Atelierhaus, which in the last 5 months is completely out of order( at least for me). Through this apathy, operates a kind of peculiar power. A power over people’s living plans and orders. His majesty, despite all my frequent emails, seems unable or disinterested in solving the problem ,at the same time expecting respect and worship. A priest with a non functional god, expects a believer, a worshiper. He, despite my frequent requests regarding the necessity of internet according to my working method, is neither helpful nor responsive. In an email, asking  for permission and cooperation to purchase a personal W-Lan for my atelier, at my own expense, he, considering his power/position refused to answer me, probably angry because of some references to fascism noted in my email, he had concluded that this individual(me) must see a bit of my(his) Devine wrath. The power of wrath which shows itself in the form of apathy, but still expects respect and worship.
Possibly from his view point, even letting me rent this Atelier space is a gift I must be thankful and content of. This must be taken as an example of mercy and generosity, provided for a peasant , by his Devine majesty. Asking anything more, like my simple rights, is then considered as a sign of cupidity and avarice which must go through the performative act of prayer and sacrifice. Sacrifice of dignity and personality in order to attract the special attention and mercy  of the Devine. Respecting what is not suitable, problematic, apathetic and non-functional just because of its title or position is all what is to be done. He’s getting his power from above, needs no reason to be totally respected by all. Without function and objective appearance , such power still seeks your obedience. This is not his unique way of life but a hierarchical order of the society , having deep roots in Barbarism. In fact he does not need to gain my respect which can last eternally, but he is entitled to it on a regular basis of positions and tasks, so why not to enjoy it fully: Elijah, a prophet from the Bible.
The society does not accept the “other” while it does not bear to be an “other” society. The hegemonic security, at the same time threatens the society with its insecurity. The “other” is obliged to conform to the ruling power in order to survive : being “other”, is being not. The “other” is only to confess his worthless individuality before the priest in order to show his alignment and conformism through the process of integration. A smile must not be forgotten and pale lips are required!
Otherness, for the Priest, is meaningless. While he has never dared to be so; While he had no time and interest  for such an approach. He is the integrated symbol of integration, and the “other” is perhaps just not integrated. The survival  of priest’s power is not to be gained through virtue or just servitude, but through the fear of exclusion/execution. So he might have something to teach and preach: The messenger of Integration. The Integrations of “others” with the rituals.
For the Priest, the “other”, whoever he might be, is a lunatic : uneducated, lost, unintegrated: an enemy a.k.a Satan. (Indeed Secular enough ,but seculars believe  in satan too: the “Other” is the Satan ,the mundane and the sinful who must be preached or left alone in his misery ). Thus he is not responsive to any mundane human individual, but only to the hegemony and hierarchy of positions and capitals. Thus he sees himself not responsible to use his power on solving problems, but to tame people who may experience/cause problems.
In the meantime ‪,‬ other artists of the Ateliergemeinschft‪,‬ not using their rented space more than 20 days a year‪, don’t ‬care about such  small problems like the availability of Internet etc‪.‬ . This is a personal problem, not a Right. This is a problem noticed by an “other” . The “other” who has not rented a free room for free time, but a workspace to continue his ongoing works in a period of his life: exile. The “other” who is not paying the rents out of his surplus income, but out of his life expenses, thus he has plans for his time  and time is the only valid, righteous private property of each individual, regardless of being “other” or tamed. He who refused to integrate in his own country, is here expected to be integrated. He is the“other”. The other has a problem  which  can be solved at a simple glance, but the chains of conformity make a new problem. The Problem of the “Other”.
Now the “Other” is a problem by himself. They ask themselves, priests and citizens of the temple of civilization, why this “other” is always acting the other way… and the answer is always clear but unintelligible for them : He was not “other” if he was not treated in an other way.
‏ ‪*‬ With the plenty  of Reflections available through the literary works of  C.Fourier, L.H. Morgan and F. Engles, one does not need to be doubtful about such a fact ,so it is not written as an offensive irony, but  as a fact 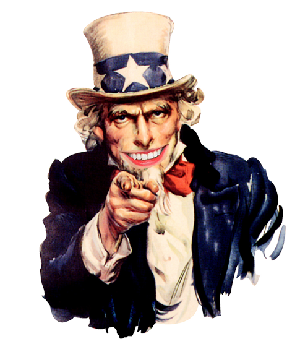